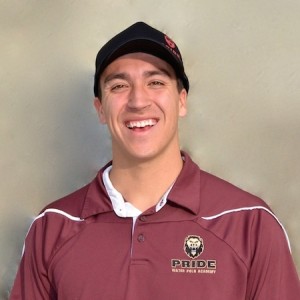 Pride Water Polo Academy is pleased to welcome Jesse Camou to the coaching staff. Jesse is currently competing in NCAA Division 1 Water Polo for the UCLA Bruins. Previously, Jesse was a standout at Royal High School. Some of his accomplishments during that time are listed below.