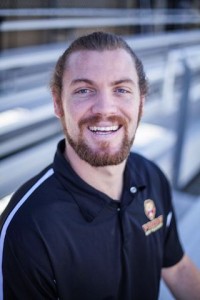 Jordan Watson is the Co-Founder of Pride Water Polo Academy. Jordan is a former water polo athlete at the club, high school, and the NCAA Division 1 collegiate level. He has coached age group and high school water polo for nearly seven years.

As an athlete, Jordan competed for the Los Angeles Water Polo Club from 2001-2005. Jordan won two National Championships in 2003 and 2004 as well as silver and bronze medals in 2005. He competed for Palos Verdes High School and earned All-CIF honors from 2002-2004, All-American honors in 2004, a three-time All-Bay-League player, and the Bay League’s Most Outstanding Player in 2004. He went on to play at Pepperdine University.

As a coach, Jordan has led winning teams at every age group level from 12U through 18U. Before co-founding Pride Water Polo Academy Jordan coached for numerous prestigious club and high school programs. Some of his accomplishments during that time are listed below