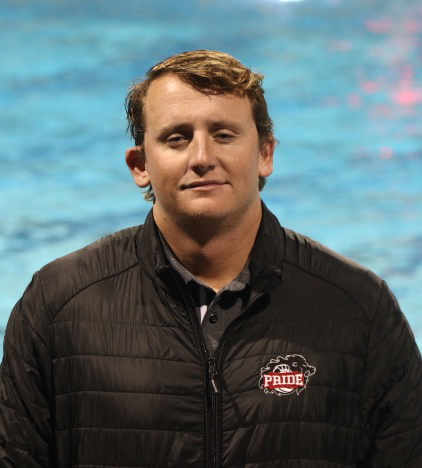 Justin English grew up in Ventura, California. He spent most of his younger years either in the ocean or in a pool. He started swimming at 3 and surfing at 5. He started out his water polo career at Gold Coast in Ventura at the age of 12. He played water polo and swam for Ventura High School. He led the water polo team as a captain for 2 years. He also played for Santa Barbara Water Polo Club during his high school years and traveled with his team to play in Montenegro and Croatia. With Santa Barbara, his team achieved results of 3rd at US Club Championships, 6th at the Platinum level of Junior Olympics, as well as multiple Kap7 tournament gold medals. He continued his water polo career at California Lutheran University and captained the team there during his senior year. In that year he led his team to the most successful finish in their history (by number of wins). He received a bachelors degree in psychology with an emphasis in sports psychology at CLU.