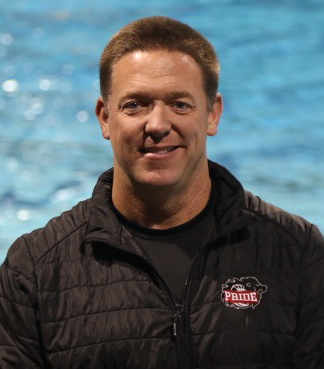 Matt Cherrie played water at South Pasadena High School before going on USC where he was team captain on the NCAA finalist team in 1994.  Matt is a mathematics teacher and coaches the girls at Ventura High School.   He also assists with the youth at the Pride Water Polo Academy. He has developed a deep passion for teaching fundamentals over the years working with hundreds of athletes.  He also invented a device called the Zip Throw to help athletes control their wrist release, improve their balance catching and throwing,  and improve their leg strength.